Kung Fury: Step Aside Avengers & Mad Max. This Is The Top Summer Movie.

I’ve always said when people are looking to make something better than it already is, the only way they can be sure to do that is to mash it up with Star Wars. Pop culture pulls from Star Wars CONSTANTLY whether you realize it or not. Movie references, quotes, scene reenactments, character names; you name it, it’s integrated into TV shows, movies, music, literature, even general conversation. Star Wars is everywhere. How many times have you heard a play on the most famous Darth Vader quote, “I am your father”? Countless I’m sure.

When people think of infiltrating American history, pulling on the strings of politics and injecting thick layers of mystery and conspiracy, blurring the lines of truth in regards to our nation’s past, they probably think of the mafia, the Illuminati, the free masons, etc. Chumps, all of them. They can all step aside because it’s really Star Wars and it’s been doing it right in front of your face since it’s creation in 1977. That’s why, like it’s done with everything else, Star Wars has quite literally been carved into American history.

Darth Vader has been watching you from the northwest tower of the Washington National Cathedral since 1980.

Darth Vader on the Northwest Tower of Washington National Cathedral 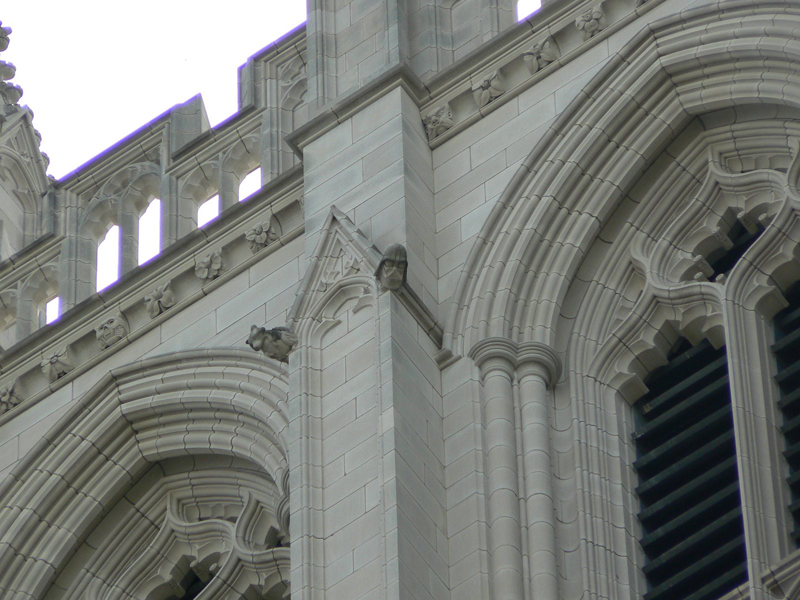 In shock? Lets zoom in a little bit just to make sure our eyes are actually seeing Darth Vader, the most powerful Sith in the galaxy, perched high atop the northwest tower of the Washington National Cathedral. 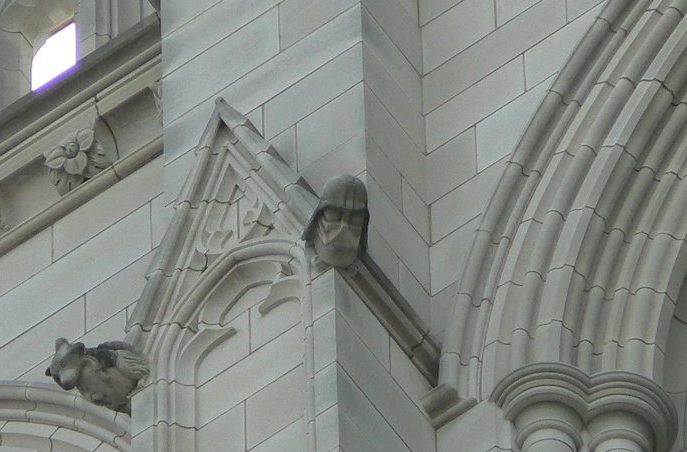 Yep. That’s definitely Darth Vader on the Washington National Cathedral and he’s been there for over 3 decades watching your every move. One could argue the Sith Lord is perched next to Rocket Raccoon from Guardians of the Galaxy… 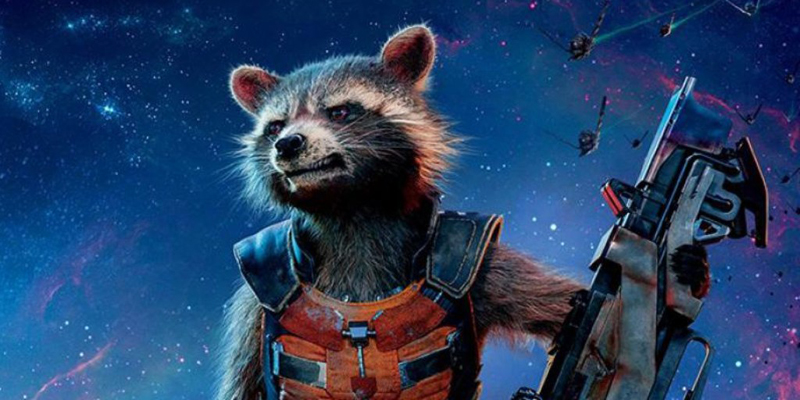 So there you have it people. Darth Vader. Star Wars. A permanent fixture in American history. Here’s a brief bit of background on how Darth Vader made his way into American history, straight from the horse’s mouth at cathedral.org:

In the 1980s, while the west towers were under construction, Washington National Cathedral held a decorative sculpture competition for children. Word of the competition was spread nationwide through National Geographic WorldMagazine. The third-place winner was Christopher Rader, with his drawing of that fearful villain, Darth Vader. The fierce head was sculpted by Jay Hall Carpenter, carved by Patrick J. Plunkett, and placed high upon the northwest tower of the Cathedral.

How to find Darth Vader

First, bring binoculars! Darth Vader is very difficult to see by the naked eye. Leave the building through the ramp entrance which is through the wooden doors near the standing statue of Abraham Lincoln. Go down the ramp, and step onto the grass on your right. Then, turn around and look back up at the tower closest to you. Start at the top of the tower. There are two large pinnacles, or points, on the corners of the tower and a much smaller one in the center. Follow the center pinnacle down and find the first gablet, or tiny peaked roof. Darth Vader is the grotesque on the right on the north, or right-hand, side.

So here’s the deal… Haters can hate, but the evidence continues to pile up against them. Star Wars is the best entity ever created in pop culture and is so far above the rest, it’s been made literal with Darth Vader watching down on us all from a beloved landmark of our nation’s capital. His presence on the tower of a cathedral is even more powerful because by now everyone knows his stance on things like this…

“I find your lack of faith disturbing.”

So how about that huh!?!? I was pretty blown away finding out about this too. Hit up the comments and I’ll see you down there.

I’ve been to the Washington National Cathedral before but that was long before I knew Darth Vader is up there somewhere looking down on me. I’m going back and to keep up with my crazy Star Wars driven adventures, you should definitely be following me on facebook, twitter and instagram.