Before The Empire Strikes Back, There Was The Black Angel… And It’s Been Found.

Nostalgic Star Wars Art By Craig Davison, “A Long Time Ago, In A Cul-De-Sac Far Away”

If you read what I post on this site, not everything is Star Wars-based, despite the obvious theme. There are things I find and write about because I genuinely think they’re unique and interesting. There’s things I find and post about because I know it has cult and mass appeal, even though it may not strike my fancy all that much. Then there are things like this specific post that are just undeniably real and true to my life, as well thousands of others. Star Wars is a powerful thing in that way, and Craig Davison captures it perfectly.

As a child, I was pretty easily categorized as far as my interests were concerned. There were 3 main things I truly liked; Star Wars, cartoons, and generally most things in the action/imagination/sci-fi/fantasy genres. Honestly, not much has changed if you couldn’t already tell. It’s not an over-exaggeration to say that on a daily basis, whether it was a quick moment or spanned for hours, I imagined myself as a character or in a scenario that was a part of Star Wars. 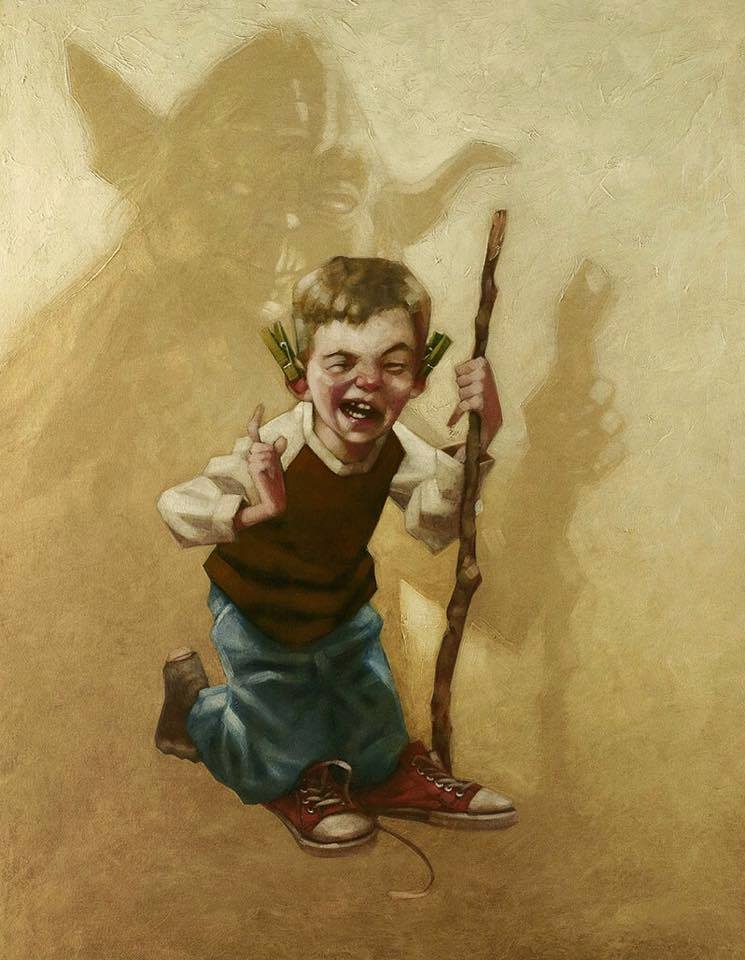 Star Wars was easy to recreate in a child’s mind. “Truly wonderful, the mind of a child is.” – Yoda

Anything cylindrical could be the handle of a lightsaber, especially flashlights. Finding a long straight rod was the real lightsaber jackpot. Using my thumb and index finger in the shape of a gun, finding the perfect shaped broken stick or any toy gun would be my trusty blaster holstered at my side. My bike was my X-Wing and I was the pilot in the cockpit donning my rebel helmet. Blankets or towels could be capes or cloaks. The kids in my neighborhood were no different. A few of us together would be the core band of characters imagining the take-down of the Empire by our own doing. When we were lucky enough to have a big group of kids, we split into Rebels vs the Empire or Jedi vs the Sith and the battle raged on with endless mouth-made laser sound effects and lightsaber attacks. 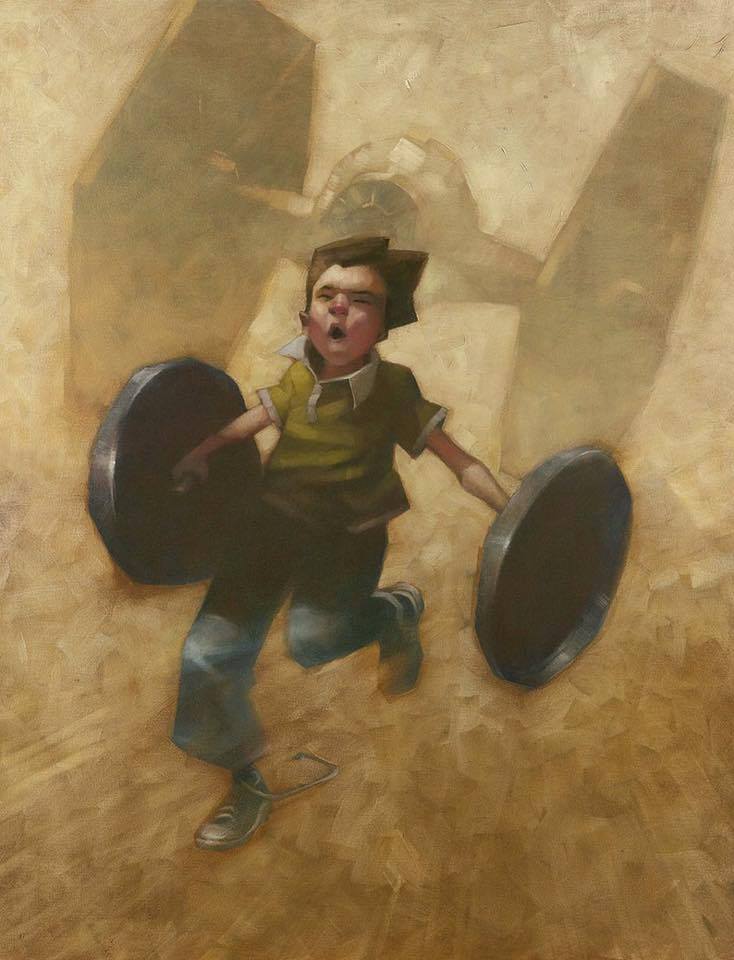 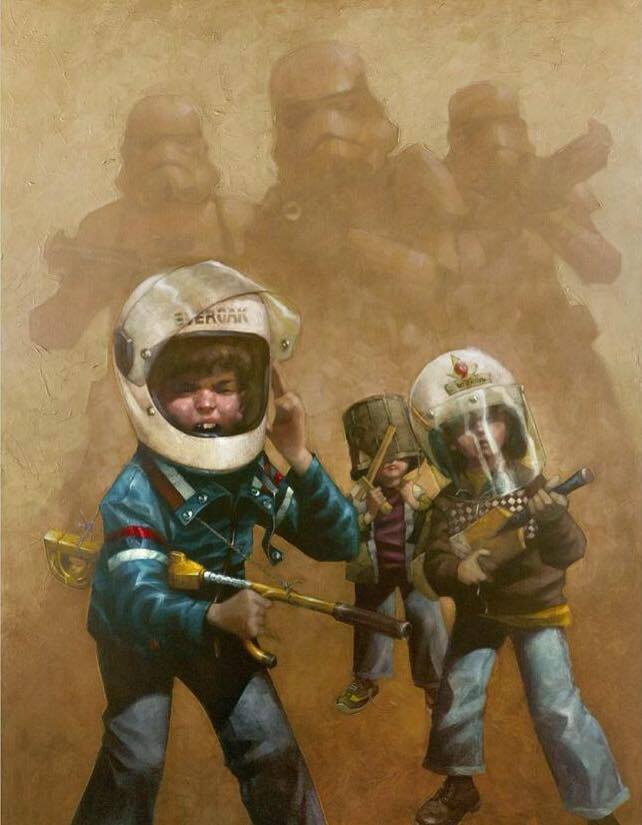 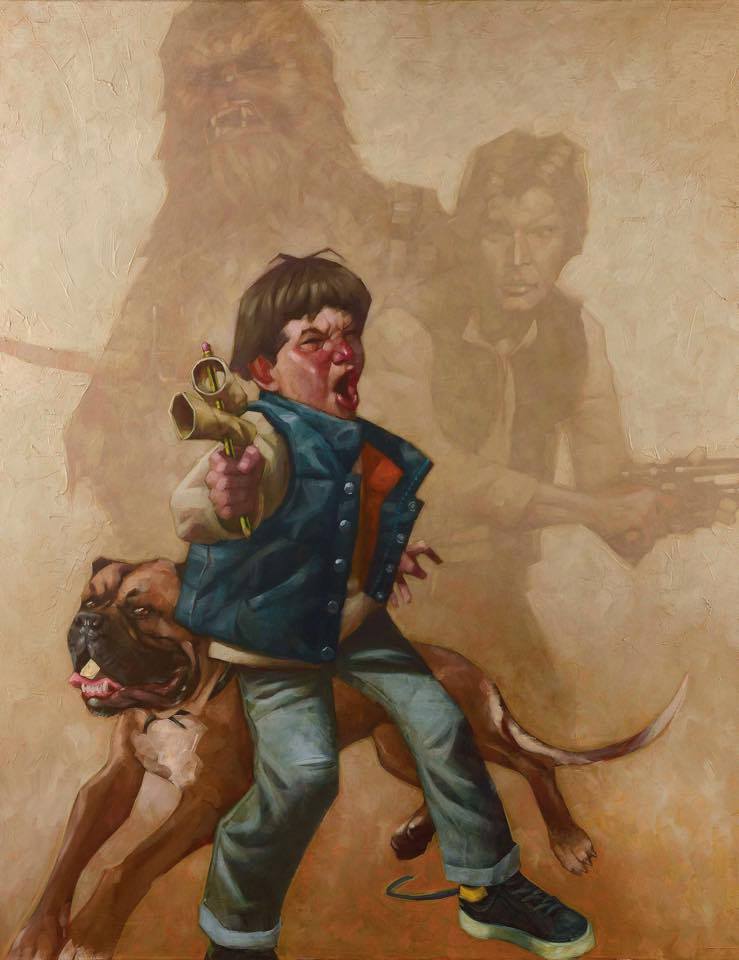 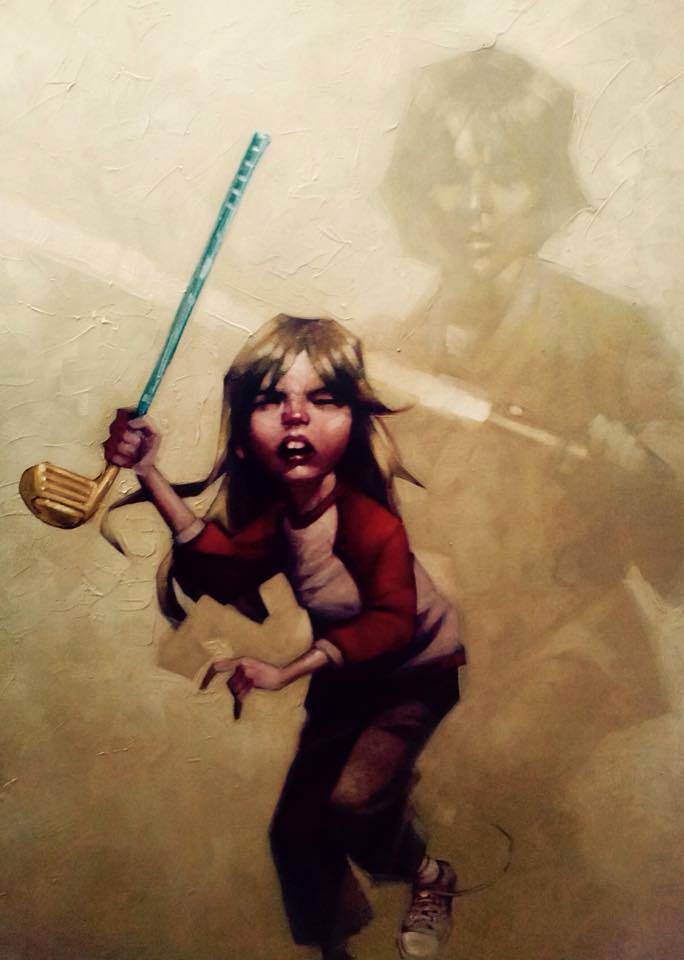 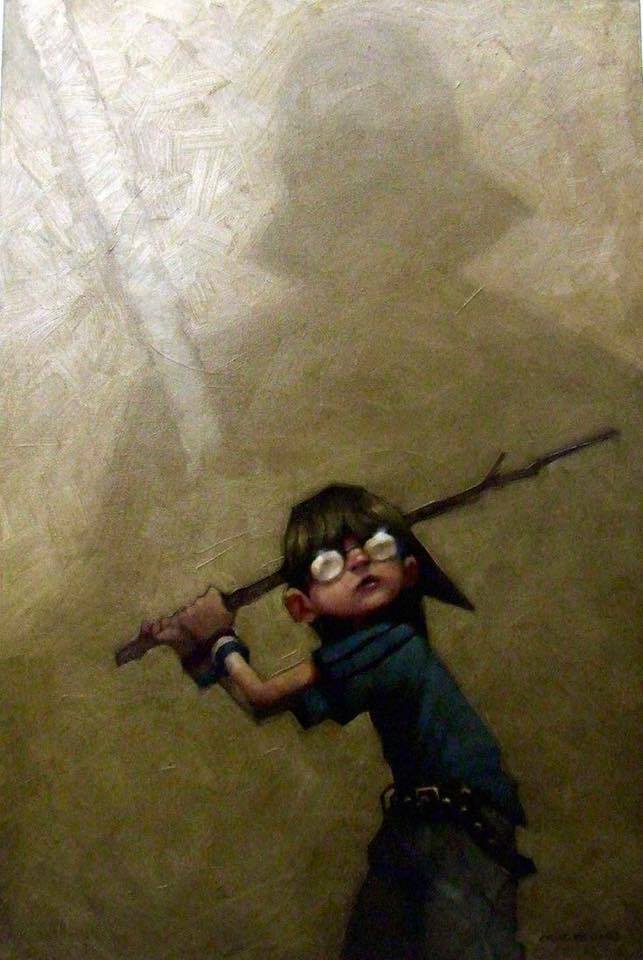 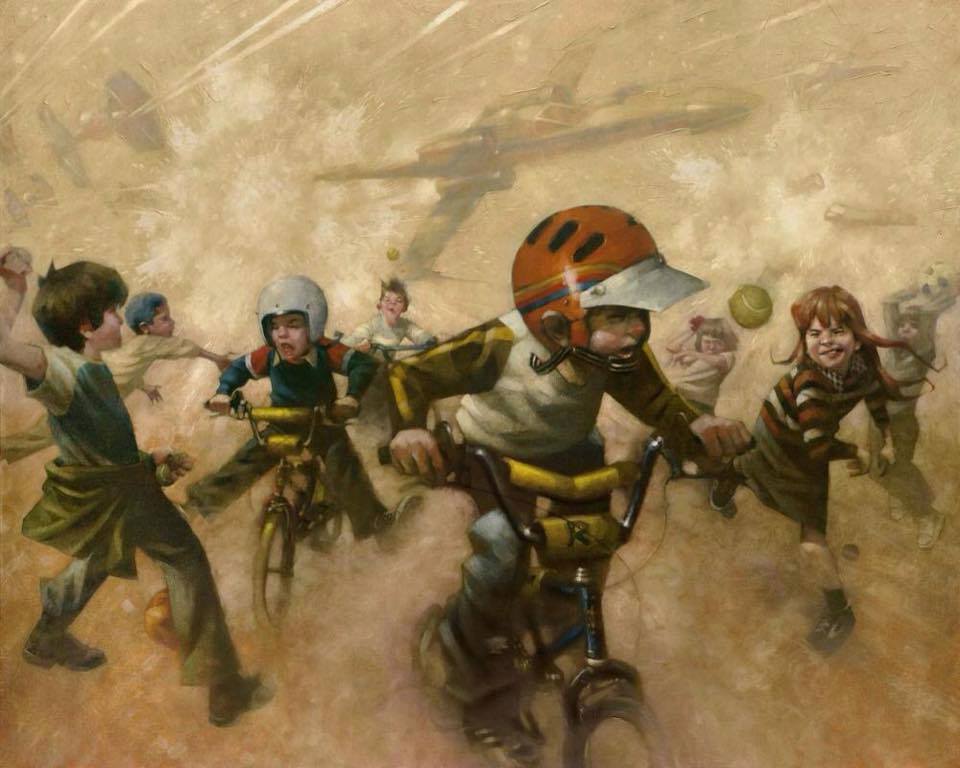 From the outside looking in, we must have looked ridiculous. It didn’t matter. At that moment, those people were weak defenseless citizens and us being the most powerful and/or courageous heroes around, we were protecting their lives and freedoms. It was a thankless job but that was never what it was about. “Adventure. Excitement. A Jedi craves not these things.”  – Yoda 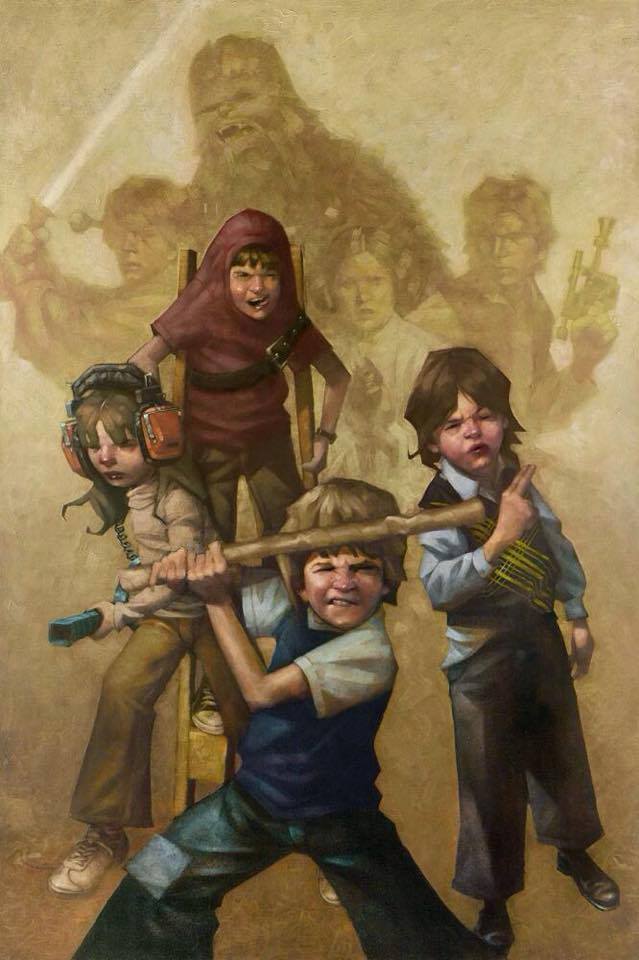 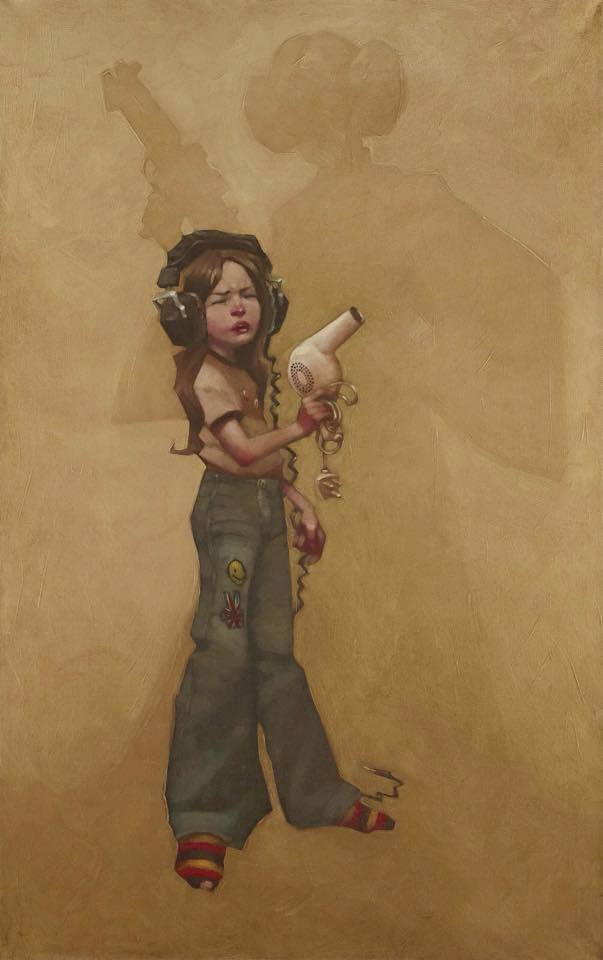 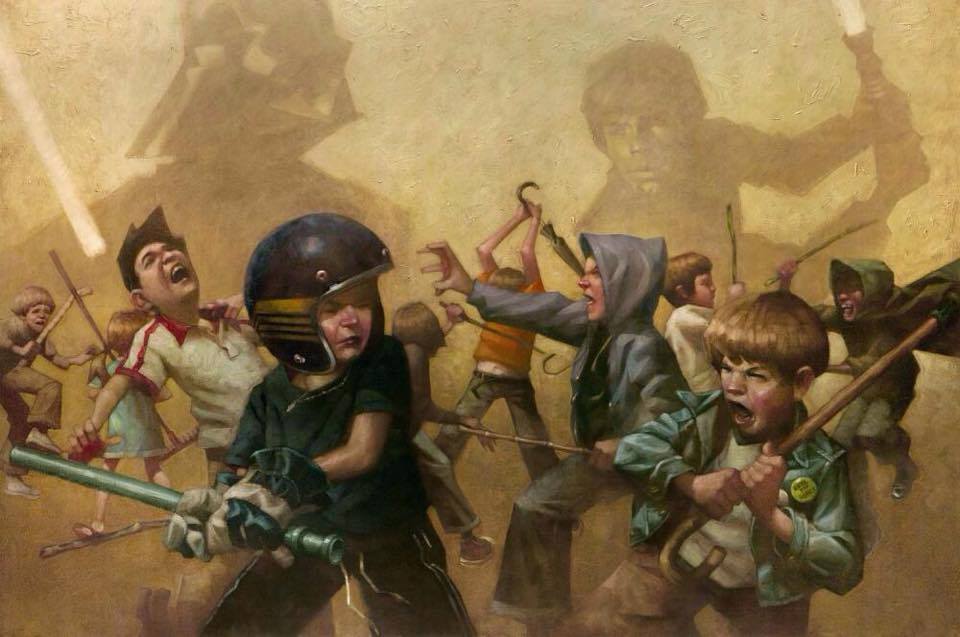 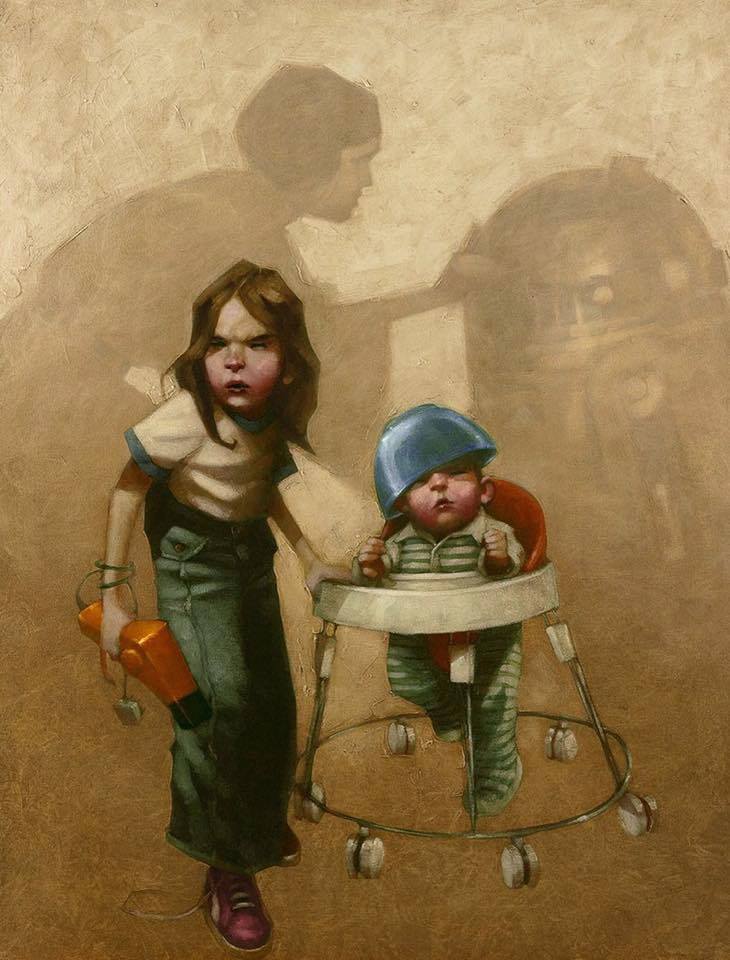 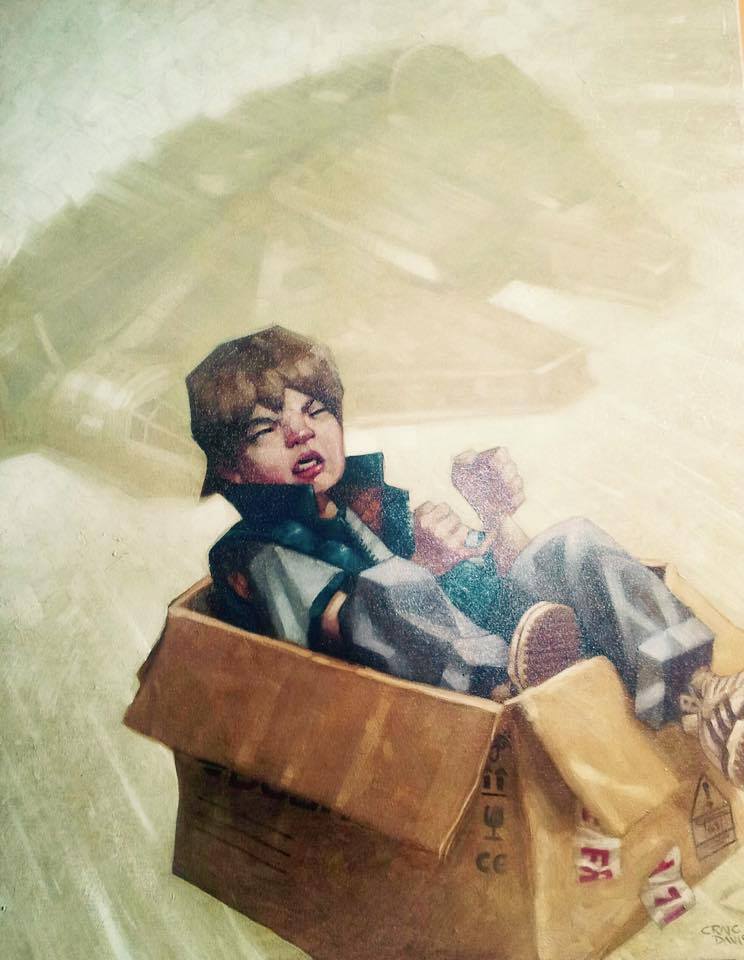 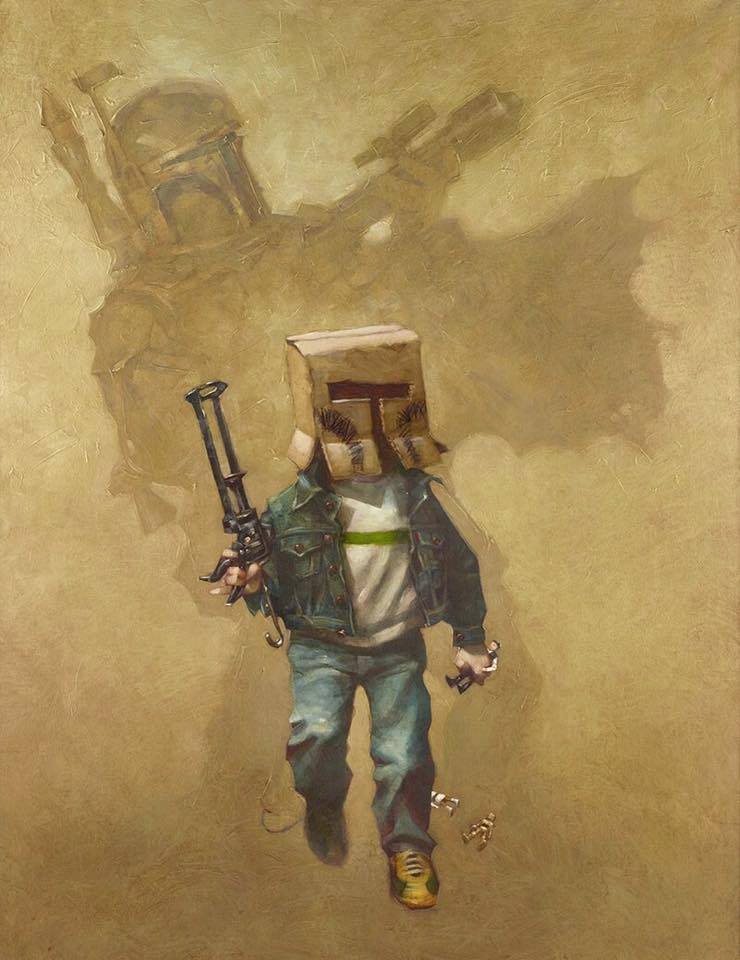 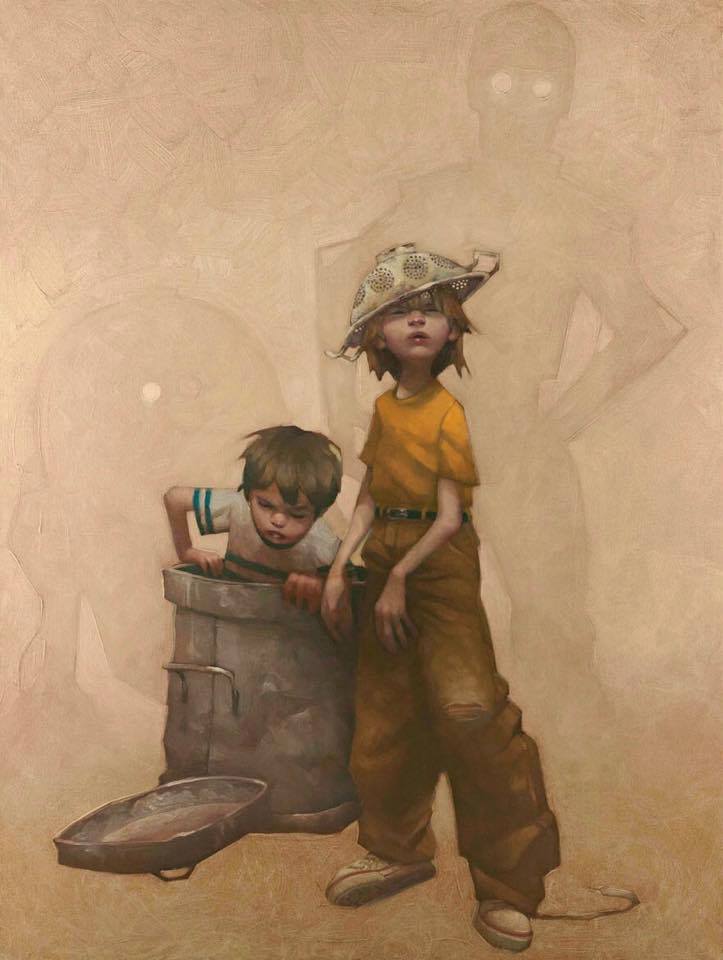 Star Wars itself is obviously a product of total imagination. Being a product of this first-hand experience, I will say without a shred or shadow of a doubt, Star Wars has in turn, created endless amounts of opportunity for children to use their imaginations to further expand that universe. The imagery of Craig Davison’s art pieces knock that concept out of the park. My younger self 100% identifies with it. Through my new young nieces/nephews/cousins, my current, much more weathered Jedi-self, re-identifies with it all over again.

I hold strong to the claim, Star Wars is one of, if not THE single greatest thing that’s ever been given to pop culture. Things like the pieces of Craig Davison’s “A Long Time Ago, In A Cul-De-Sac Far Away” Star Wars series only helps drive that claim further to into the realm of total truth. Hit up the comments below with your Star Wars childhood play experiences. It’s a good day for nostalgia.